Lobenberg: Einer der bekanntesten und besten Winemaker der Welt, der Winzer, Önologe und Universitätslehrer John Kongsgaard, sagt über 2013 in Napa: 2013 is an unqualified success. The yields were appropriate and the quality is spectacular. The Chardonnays have great energy and depth of flavor, and the Cabernet and Syrah are rich, dense, and the tannins are beautiful. We cannot imagine more perfect weather. The harvest was early because the spring warmth was early and then the summer was very mild – never too hot and never too cold.

-- Suckling: --Suckling: Amazing aromas of flowers, blackberry, black currant and spices. Purple fruits. Full body, very dense and rich. Yet it has the Monte Bello agile energy and verve. Tannic and so fresh. The Monte Bello magic is here. Great to taste but it needs five or six years to come together. Be patient. Try in 2023. An ageless wine for forever. 100/100

-- Parker: Showing even better than last year, the 2013 Monte Bello is a tour de force, and a step up over the 2012. Full-bodied, layered, beautifully concentrated and seamless, it knocks it out of the park with its classic bouquet of plums, vanilla bean, cedary spice, scorched earth and cigar. Made from 80% Cabernet Sauvignon, 8% Petit Verdot, 7% Cabernet Franc and the rest Merlot, aged in 98% new American oak (there’s 2% new French oak), I wish I had bottles in the cellar. It should be at its best from 2023-2043. 97/100

-- Galloni: The 2013 Monte Bello is super-ripe, exotic and flashy. Dark blue and purplish stone fruits, sweet spices and licorice meld together as the 2013 opens up in the glass. There is plenty of supporting acidity and tannin, but the 2013 is likely to always remain flamboyant within the framework of Monte Bello. In 2013 the inversion layer moved around quite a bit, which resulted in warmer days and cooler nights than is the norm at Ridge, where diurnal shifts typically occur within a narrower range. The drought conditions and a blast of late season heat yielded tiny berries, a small crop and an unusually dark, concentrated Monte Bello that is going to require considerable patience. This is another Cabernet Sauvignon-heavy year, with less Merlot than is often the case. Ridge fans can look forward to Monte Bello Old Vines and Monte Bello Steep Terraces Cabernets that had not yet been bottled when I stopped by the winery this past June. Tasted from barrel, those two limited production wines are both shaping up to be magnificent. 96+/100

-- Katalog: -- Ridge Vineyards 2013 Monte Bello Vintage Report: Winter began with unusual intensity as heavy rains saturated the ground in December. By all appearances, it seemed 2012's drought had ended, and that it would be a rough winter. Yet as the new year began, the rains abruptly ended. Dry weather persisted through summer and fall, and February's spring-like weather brought the vines out of dormancy; bloom was early. Unusually fierce May winds struck the middle- and upper-elevation merlot parcels particularly hard, reducing yields. Later-ripening cabernet sauvignon, franc, and petit verdot flowered during favorable weather, and yields were normal. Summer fog was minimal, allowing faster heat accumulation at Monte Bello than at our 'warmer' Sonoma vineyards. For the second year in a row, Monte Bello exceeded Lytton Springs and Geyserville in growing degree days. The pace of the 2013 harvest was similar to 2012. Chardonnay and the Bordeaux varietals ripened before most zinfandel vineyards, filling the winery from mid-September through early October. A break in picking came on September 22, when a low-pressure system swept northern California, bringing a modest amount of rain. It did not damage the fruit. If anything, it helped the water-starved vines by setting sugars back: the grapes could remain on the vine longer, for greater development of color and flavor, and riper tannins. As vintages go, though logistics of tank capacity were a challenge, 2013 went amazingly well. All blocks were picked at ideal ripeness. Never once did we delay harvesting a parcel for lack of a free fermentor. Mostly, this was because vigorous natural yeasts started the fermentations quickly. The more-thorough, aerated pump-overs could start sooner, achieving full extraction by the sixth day. Tanks could be emptied into the press, washed, and refilled with incoming grapes to keep up with the pace of harvest. With berry size considerably smaller than typical, the careful extraction we achieved in each tank yielded incredibly dark wine, but, unfortunately, less quantity per ton. Natural malolactic fermentations began in warmed secondary holding tanks. When they were a quarter to a third complete, the wines were transferred, with their lees, to new barrels to finish; they have remained on their lees since then. We will begin the assemblage process in late January. The twenty-four lots traditionally considered classic Monte Bello will be blind-tasted. Six Estate parcels will also be included, since their water-stressed vines produced wines of strong Monte Bello character. Much as in 2012, all four varietals produced distinctive wines. The 2013 Monte Bello will likely contain all four, with cabernet sauvignon dominant at 60-65%, merlot at 18-20%, petit verdot adding 9-11%, and cabernet franc rounding out the final 6-8%. We have tracked the individual components in the cellar, tasting frequently to assess quality. At this early stage, the wines are reminiscent of the 2002 and 2005 vintages. They show intense black fruit, moderate-to-firm acid, and beautifully balanced tannins. This will be another great vintage to collect, and lay down for many decades. Eric Baugher (January 2014) 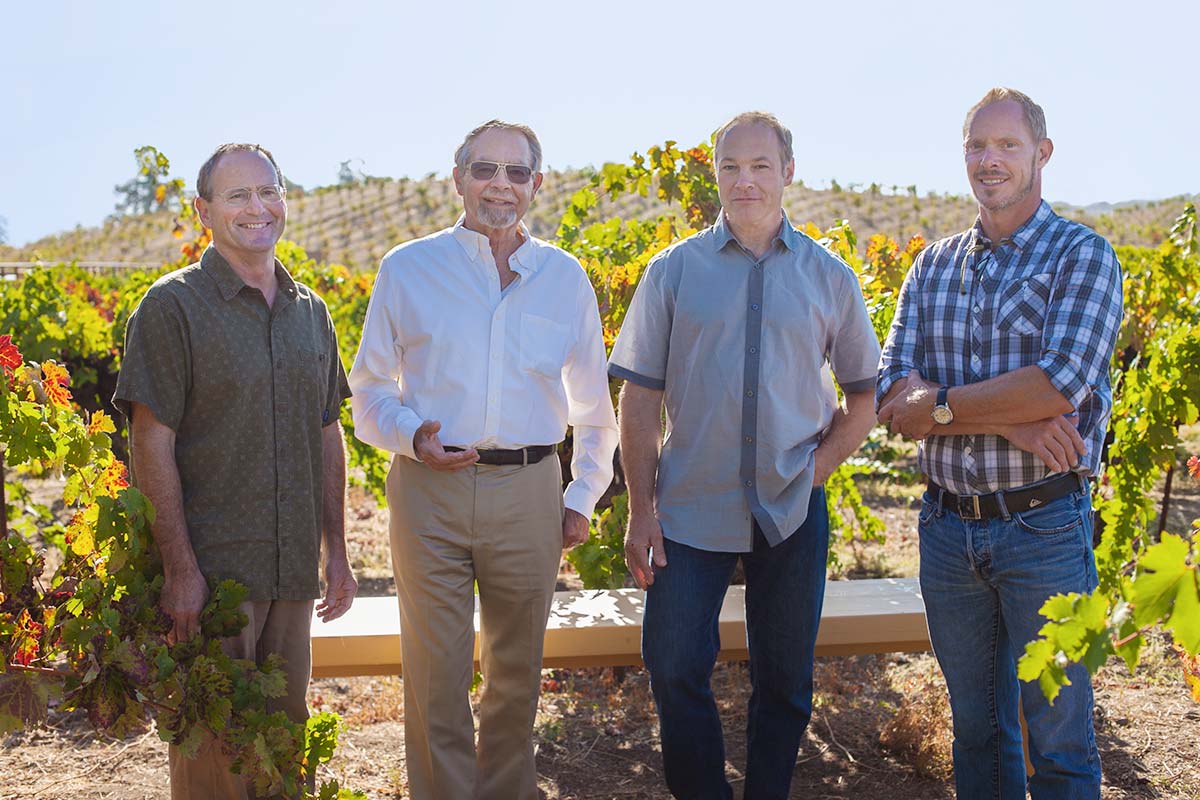