-- Parker: La Muse:“Our Malbec in 2017 was awesome, it usually gives the spice,” Pierre Seillan told me during the tasting of the 2017s with his daughter and one day successor, Helene. “But this year, we didn’t need it. The alcohol is only 14.2% this year—it has the energy, the minerality. I think it will age for 40 years at least. I think it is the best I’ve made.” Composed of 100% Merlot for the first time this year, the medium to deep garnet-purple colored 2017 La Muse rolls sensuously out of the glass with scents of black raspberries, Black Forest cake, boysenberries and cinnamon toast, followed by nuances of a garrigue, forest floor, beef drippings and clove oil. Medium to full-bodied, the richly fruited palate slowly builds in the mouth to a crescendo of black fruit preserves and exotic spice layers, framed by exceptionally ripe, round tannins and seamless freshness, finishing long and fragrant. Stylistically, it stands apart from previously vintages, possessing the same magical intensity, but with less weight and more pop. 2,500 cases were made.99/100, La Joie: “The Cab Franc was quite spectacular in 2017. There is a bit more in the blend this year,” Pierre Seillan told me during the tasting of the 2017s with his daughter and one day successor, Helene. A blend of 70% Cabernet Sauvignon, 16% Cabernet Franc, 10% Merlot and 4% Petit Verdot, the 2017 La Joie has a very deep garnet-purple color. It opens a little closed and broody, giving glimpses of blackcurrant cordial, espresso, charcoal and black truffles to begin, before blossoming out to a whole array of preserved black and blue fruits, dusty soil, crushed rocks and iron ore scents plus a waft of roses. The medium to full-bodied palate is built like a brick house, with firm, grainy tannins and a lively backbone supporting the muscular fruit, finishing very long and mineral laced. The alcohol weighed in at just 13.9% this year (14% on the label), making for a particularly elegant but no less impactful La Joie! 2,500 cases were made.98+/100 Le Desir: What was the secret to achieving such impressive ripeness for Cabernet Franc in 2017? Pierre Seillan's daughter and one day successor, Helene, told me: “We make a lot of passes through the Cabernet Franc blocks—more than the other varieties. We drop any fruit that is not ripening at the same pace. We don’t pull out too much leaves, we need those for the ripening.” Blended of 80% Cabernet Franc, 17% Merlot and 3% Malbec, the 2017 Le Désir has a medium to deep garnet-purple color. It comes galloping out of the glass with all the grace and precision of a thoroughbred, sporting notions of kirsch, potpourri, warm plums and wild blueberries plus hints of chocolate box, cardamom and star anise. The medium-bodied palate (just 13.9% alcohol) is at once powerful and wonderfully elegant, with firm, very fine-grained, exquisitely ripe tannins and bold freshness supporting the red and blue fruit layers, finishing with incredible length and depth. Wow! 2,500 cases were made. 98/100

-- Jeb Dunnuck: La Joie: Tasting like a great bottle of Château Lafite, the 2017 La Joie is based largely on Cabernet Sauvignon and brought up, I suspect, in mostly new French oak. Deep ruby/purple, with a heavenly bouquet of crème de cassis, lead pencil, cedarwood, graphite, and tobacco, it hits the palate with medium to full-bodied richness, an incredible sense of elegance and purity, building tannins, and a great, great finish. This majestic, regal Sonoma County Cabernet Sauvignon is going to require a decade of cellaring to hit maturity (although it’s far from unapproachable today) and will see its 50th birthday in fine form. I followed this bottle for three days and it never showed a hint of oxidation. This is easily my wine of the vintage in 2017. 100/100 La Muse: Not far behind, the Merlot-dominated 2017 La Muse offers a big, rich nose of chocolate-covered black cherries, espresso, damp earth, and leafy herbs that gains more bass notes and richness with time in the glass. It tastes like a great Pomerol from La Conseillante. Full-bodied, it has an incredible sense of elegance and purity, plenty of mid-palate stuffing, and a great, great finish. Made from 100% Merlot (this is the first time this cuvée has been all Merlot), it’s another incredible wine from this estate that has the flesh and texture to shine today yet the freshness, purity, and balance to evolve for 30 years or more. 98/100 Le Desir: Lastly, the 2017 Le Desir is 80% Cabernet Franc, with the balance mostly Merlot mixed with a splash of Malbec. It has a wonderful Cabernet Franc floral character as well as awesome black raspberry, cedarwood, forest floor, violets, rose petals, new leather, and who knows what else. Incredibly complex, it takes lots of air to show at its best and is medium to full-bodied, has a bright spine of acidity, fabulous tannins, and a great, great finish. The elegance of this wine paired with its richness and depth is something to behold. It’s another damn near perfect wine from this estate, and to see this quality from a challenging vintage like 2017 boggles the mind. Hats off to the father-daughter team of Pierre and Hélène Seillan. 98+/100 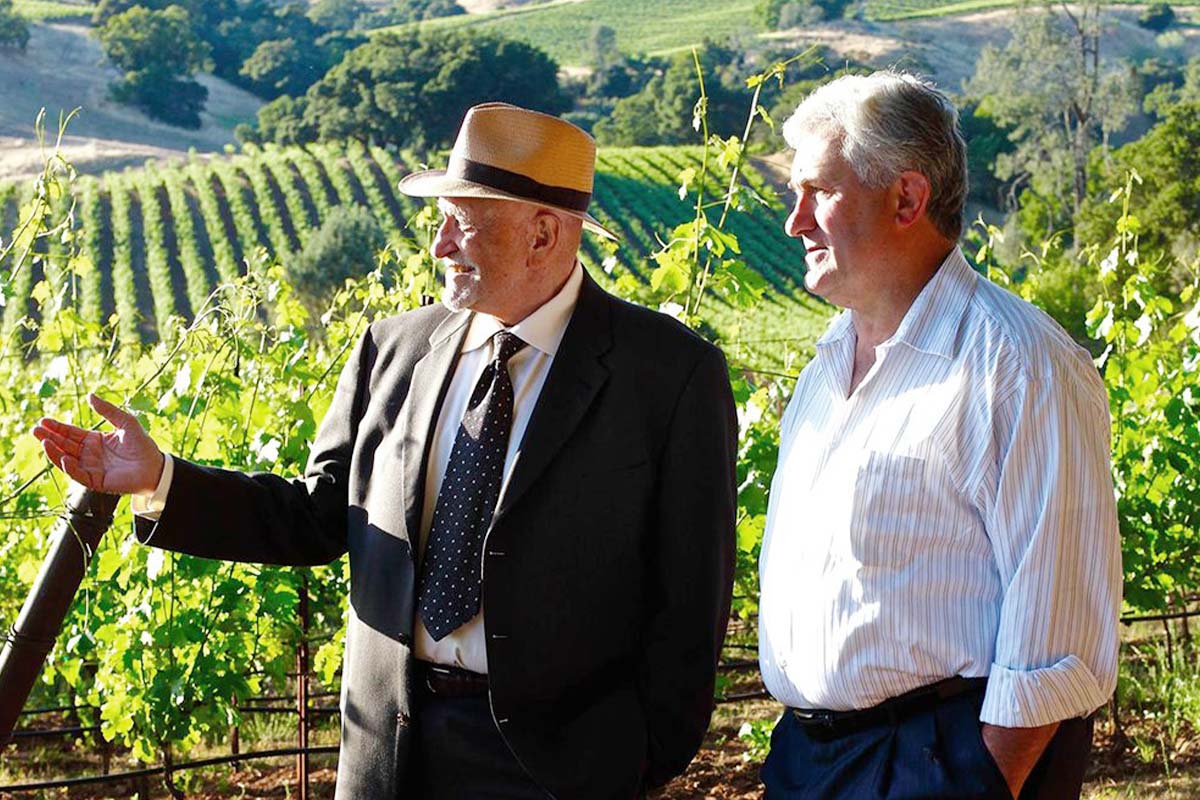