-- Parker: 1995: The 1995 Lafite-Rothschild (only one-third of the harvest made it into the final blend) is a blend of 75% Cabernet Sauvignon, 17% Merlot, and 8% Cabernet Franc. The wine was showing spectacularly well when I tasted it in November, 1997. It exhibits a dark ruby purple color, and a sweet, powdered mineral, smoky, weedy cassis-scented nose. Beautiful sweetness of fruit is present in this medium-bodied, tightly-knit, but gloriously pure, well-delineated Lafite. The 1995 is not as powerful or as massive as the 1996, but it is beautifully made with outstanding credentials, in addition to remarkable promise. 95/1002000: Well, well, well - Lafite Rothschild does it again. Ever since manager Charles Chevalier was transferred from his beloved Sauternes property of Rieussec (also owned by the Rothschilds) to Lafite in 1994, there has been a succession of profound wines to emerge from this noble estate. The 2000 Lafite Rothschild, a blend of 93.3% Cabernet Sauvignon and 6.7% Merlot (only 36% of the crop made the grade) has an opaque ruby/purple color, followed by an extraordinary aromatic expression of liquid minerals/stones interwoven with the tell-tale graphite notes, mulberry, black currants, caramel, and tobacco. In the mouth, it is remarkably light on its feet, but somehow seems to pack intense flavors into layer upon layer of fruit and richness that cascade over the palate. A compelling wine, with extraordinary precision, great intensity, and a seamlessness in spite of what are obviously elevated levels of tannin, this wine was provocatively open and beautiful when tasted in January and February, but I am sure it will soon close down. The finish lasted a whopping 72 seconds! This is utterly fascinating stuff.100/1002003: The 2003 Lafite Rothschild comes as close to perfection as any of the great Lafites made over the past three decades (1982, 1986, 1996, 2000, 2005, 2008, 2009 and 2010). This sensational effort came in at 12.7% natural alcohol, it is made in the style of one of this estate’s great classics, the 1959. Composed of 86% Cabernet Sauvignon, 9% Merlot and the rest Cabernet Franc and Petit Verdot, it exhibits a dense ruby/purple color to the rim along with a luxurious bouquet of cedarwood, lead pencil shaving, white chocolate, cocoa and cassis. Fat, rich, opulent and full-bodied with low acidity and stunning seductiveness and complexity, this noble wine possesses a bountiful, generous, heady style. It is just coming into its plateau of maturity where it should hold for 20-25 years. This is one of the candidates for the wine of the vintage – make no mistake about that. 100/1002009: he main reason the 2009 Lafite Rothschild did not receive a perfect score is because the wine has closed down slightly, but it is unquestionably another profound Lafite, their greatest wine since the amazing 2003. Among the most powerful Lafites ever made (it came in at 13.59% alcohol), the final blend was 82.5% Cabernet Sauvignon, 7% Merlot and the rest Petit Verdot. The selection was incredibly severe with only 45% of the crop being utilized. A tight, but potentially gorgeous nose of graphite, black currants, licorice and camphor is followed by a full-bodied wine revealing the classic elegance, purity and delineated style of Lafite. It is phenomenally concentrated with softer tannins than the 2005, the 2003's voluptuous, broad, juicy personality, and low acidity. There are several vintages that I thought were a replay of their colossal 1959, most notably 1982 and 2003, but 2009 is also one to keep an eye on. It is still extremely youthful and seems slightly more backward than I would have guessed based on the barrel tastings, but it needs 10-15 years of bottle age, and should last for 50+.99+/1002010: Deep garnet in color, the 2010 Lafite Rothschild is a little mute on the nose at this stage, opening to reveal warm blackcurrants, baked plums and boysenberry scents with hints of chocolate mint, violets, cedar chest and pencil lead. Full-bodied, rich and densely packed with perfumed black fruit layers, it has a rock-solid backbone of fantastically ripe, grainy tannins and beautiful freshness, finishing very long and minerally. Still very youthful! 100/1002015: The deep garnet-purple shaded 2015 Lafite Rothschild is blended of 91% Cabernet Sauvignon and 9% Merlot and was matured for 20 months in new oak barrels from Tonnellerie des Domaines (their own cooperage). It is still sporting a lot of cedar at this nascent stage with a vibrant core of black raspberries, red currants and crushed plums plus touches of cigar boxes, violets and underbrush with a waft of tilled loam. Medium-bodied and elegantly styled with wonderful freshness and depth, it is compellingly earthy/minerally in the mouth with a frame of seductively silky yet very firm tannins and culminating in a very long, racy and pure finish. Boasting spectacular finesse and packed with nuances, clearly, given some of the challenges here in 2015, this is a masterpiece of diligence in the vineyards, careful selection and very clever crafting—bravo! 96+/100

-- Weingut: The vintages chosen to compose this case illustrate the work and wisdom of the men and women of Lafite for generations. Together, they work to perfect the different raw material given by nature each year. The roundness of 2015, the balance of 2010, the depth of 2009, the opulence of 2003, the energy of 2000, and the structure of 1995 are the best testimony to the greatness and resilience of our terroir which never goes as far as the extreme.I wish you to make these wines your own: they leave our cellars to continue their story in your hands, your glasses, before being engraved in your memories.I wish you a good tasting, and bon voyage.Saskia de Rothschild

-- Suckling: 1995: I pulled this lone bottle out of my cellar at the last minute to remind some Italian vintners of the great quality of the 1995 Bordeaux vintage. They seem to be finally opening up! What a red with incredible depth and finesse. Cedar, cigar box and toabaaco character with currants and fresh tobacco undertones. It's full-bodied yet tight and dense. Precision. So refined and intense. Such freshness and beauty. Drink or hold.98/1002000: The nose is fresh, bright, and dense. With aromas of violets, minerals, spices, cool stones, mint, dark fruits, and plum skins, this is beautiful. Very much still a baby right now, it needs much more time. This is a wine for the next generation. Finesse and elegance, truly a wine that makes you contemplate life. This is not about power, there is really nothing like it. 93% Cabernet Sauvignon. Do not even think about touching this for another ten years, 2020. 15+25+25+35. 100/1002003: Spicy and rich, with a tobacco and berry character on the nose and palate I love the nose. Full bodied, with soft velvety tannins that give you so much. This goes on and on. Sexy and exciting right now, but leave this for five or six years. 98/1002009: This is what the Medoc is all about. The freshness and delicacy of this wine in combination with its serious concentration and firm core are totally stunning. Time has already worked its magic and this is already delicious, but has decades in front of it. Drink or hold. (Horizontal Tasting, London, 2019) 100/1002010: Believe the hype. Lafite is perfect in 2010. The nose is amazing with sweet tobacco, dark chocolate and currants. It is amazing. It’s like gazing into the blue sky in wonder after tasting this young wine. Full and powerful with amazing minerals, currants and bitter chocolate. It starts off slowly and then finishes with a bang. This is really layered and wonderful. It goes on and on. Stunning. 100/1002015: Firm and powerful with blackberries, blueberries, currants and wet earth. Full-bodied, yet tight and angular with very pretty fruit and brightness. Really racy and super and set for a long, long life. Better after 2025. Reviewed in Hong Kong Chinese Wine Tasting July 2020. 99/100 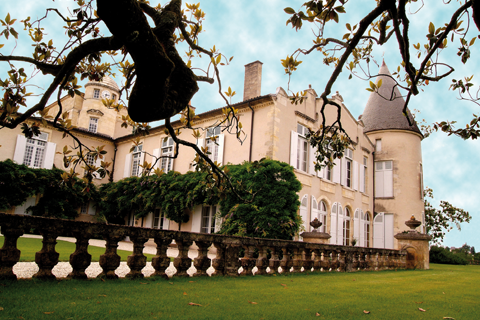