-- Galloni: oday, the 2012 Cabernet Sauvignon Monte Bello comes across as a firmer, more structured version of the 2009. The purity of the fruit is striking. Pomegranate, dark raspberries, cloves, menthol and licorice all wrap around the palate in a Montebello that appears to be built for the long haul. The balance of fruit, acidity and structure is stunning. As appealing as the 2012 is today, readers will have to be patient here. In 2012, the Monte Bello Cabernets were harvested ahead of Zinfandel for the first time ever, as sugars started to race up toward the end of the season. Nineteen out of a possible twenty-four parcels were used in the final blend. The blend is 62% Cabernet Sauvignon, 22% Merlot, 9% Cabernet Franc and 7% Petit Verdot. 95-97/100

-- Parker: Inky colored, the sensational 2012 Monte Bello comes all from the Santa Cruz Mountains and is a blend of 64% Cabernet Sauvignon, 22% Merlot, 8% Cabernet Franc and 6% Petit Verdot. It's backwards and tight, with classic black cherry, crushed violets, cassis, espresso roast and crème brulee notes all flowing seamlessly to a full-bodied, concentrated, structured and layered Bordeaux blend that has bright acidity, a stacked mid-palate and firm tannin. It needs 5-6 years of cellaring and will hold for two decades beyond that. 94+/100

-- Robinson: Very deep purple. Burly and briary with great savour and beautifully managed tannins. Clearly very ripe fruit but great freshness. They say this has more tannin than first growths. Already a pleasure! Must be made with extraordinary skill. Heady, balsam notes. Really sophisticated with no sweetness nor alcohol. Great cleanliness on the end. 18.5/20

-- WS: Those seeking classic old-school Cabernet will embrace this. A beautifully structured wine, with firm acidity and tannins that show grip and grit amid a core of dense, tense currant and blackberry fruit, turning juicy. Cellaring for five to seven years is the right approach. Cabernet Sauvignon, Merlot, Cabernet Franc and Petit Verdot. Best from 2020 through 2035. 94/100

-- Internet: -- Ridge Vineyards 2012 Monte Bello Harvest Report: After two challenging harvests, a truly generous one befell us. January was unusually dry and warm; the growing season began early. Buds began to swell and push out new growth, causing us to fear potential frost damage. Fortunately, spring remained cool and mild no frost delaying growth, and bringing the season back on a normal schedule. Flowering finished during early June's calm weather, helping to set a full crop. Though winter rains were minimal in 2012, the two previous years provided ample reserves; groundwater in the fractured limestone subsoil maintained the vines' growth through summer. A strong temperature inversion formed, holding morning fog below the vineyard, and bringing three 100 F (38 C) heat waves in mid-June, early July, and mid-August. Fog and cool breezes off the Pacific would occasionally break the inversion, but, overall, day and night temperatures were above average for Monte Bello. Chardonnay vines began veraison in early August, followed by merlot, then cabernet, and finally, in the first week of September, petit verdot. Ripeness assessment started early. We walked the rows collecting grape samples, seeing how well the vines were handling the water deficit, and noting that clusters and berries were quite small. Initial samples showed sugar leading flavor as expected, given the warmth and dryness of the season. A welcome cold front moved through in early September, bringing cooler temperatures, which slowed sugar accumulation, allowing flavors to catch up. We began picking chardonnay from the stressed vines at the top of Klein Ranch on September 21. A period of intense heat was forecast for the following week. We sampled, hoping to find a few Bordeaux-varietal parcels ready to pick before the heat arrived. Unfortunately, none had reached full ripeness: flavors were still green, and sugars between 21-22 Brix. While we waited, we picked more chardonnay. Suddenly, temperatures soared, and every parcel was ready at once. Now, our serious worry was getting all the fruit picked quickly, before it became overripe. Zinfandel harvest in Sonoma had just begun. Because the weather was cooler there, we brought the north coast crew down to assist our crew at Monte Bello. Normally, the vineyard is harvested over a five week period, at a manageable five to six tons a day. This year, the entire vineyard was picked in two weeks' time, averaging twelve to fourteen tons a day. The zinfandel harvest was a month late, and Monte Bello grapes were coming off the vine unusually early. They arrived at the winery together. Not since 1997 had so much fruit been fermented at the same time. Every fermentor was filled multiple times. Fortunately, the natural yeasts were quick to start, allowing thorough and frequent pump-overs to extract color and tannin rapidly. Fermentors were being drained and pressed on average on the sixth day following crush. As each tank was emptied it was washed, and immediately refilled. To free up additional space, a number of zinfandel and Rhone-varietal lots were racked to barrel for their natural malolactic fermentations. (Ordinarily they would be held in temperature-controlled tanks.) Small berry size made extraction easy, and permitted shorter macerations; we achieved quick tank turn-over without sacrificing richness. Early pressing helped avoid excessive tannin, but did affect the natural yeasts' ability to ferment to dryness. Sending unfinished wine to barrel in a cold cellar can sometimes stop fermentation before all the sugar is consumed. Warming the cellar as best we can, the yeasts have remained viable, and continued to ferment toward dryness. Our upcoming assemblage tastings will comprise the twenty-four parcels considered for inclusion in the Monte Bello every year. Given the superb quality of the vintage, and how wonderful the wines taste at the moment, we may be able to include several additional parcels. This highly successful vintage has given us some impressive wines for this year's Monte Bello. Color is saturated, tannins are rich and coated, and acidity firm as usual. Merlot, which didn't do well in 2011, came back strong to produce some very dense, rich wines. 2012 is in the style of the 1997 and 2001 and will rival those great vintages in quality. Eric Baugher (January 2013) 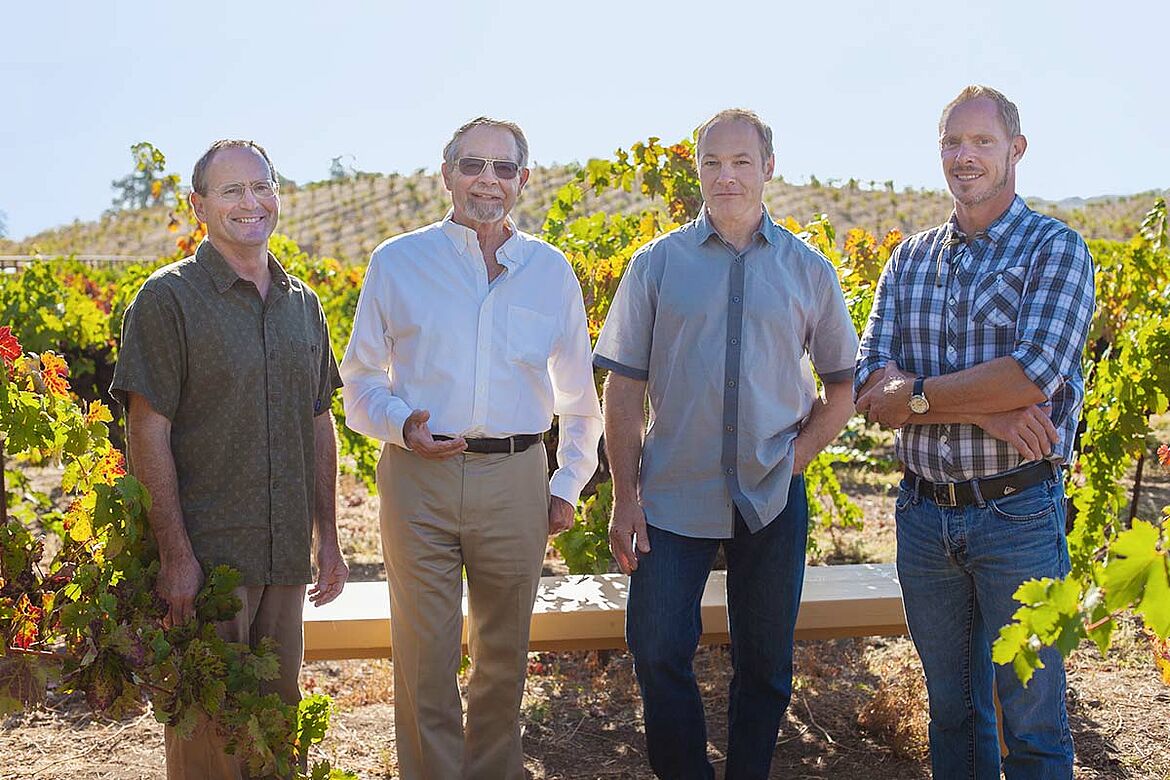