-- Galloni: The 2014 Cristal is another in a long line of gorgeous wines from Roederer and long-time Chef de Caves Jean-Baptiste Lécaillon. A dazzling, vibrant Champagne, the 2014 impresses with a stunning combination of fruit density and linear energy that brings to mind a hypothetical blend of 2012 and 2008. At times, the bubbles feel totally wrapped up in waves of creamy, resonant fruit to the point the mousse is barely perceptible, especially with aeration. The flavors are bright and finely sculpted, leaning very much into the citrus, floral and mineral end of the spectrum.The blend is a classic: 60% Pinot Noir and 40% Chardonnay taken from 39 of the 45 parcels that comprise the Cristal estate. In most vintages, the Pinot components are roughly equally split between Verzy/Verzenay and Aÿ, but in 2014, Lécaillon favored Verzy and Verzenay, two north facing villages in the Montagne de Reims (where rain was less problematic) known for conferring saline energy and vibrancy. Rain was much more of an issue in the Vallée de la Marne. Consequently, some of the Pinots in Aÿ were diluted and did not make it into the blend. Chardonnays were sourced from historic plots in Avize, Mesnil and Cramant. About 32% of the lots were fermented in wood, the rest were done in tank. As always, all of the malolactic fermentations were blocked. In 2014, the growing season was marked by a good spring followed by a cool, wet summer and then very favorable weather in September. I vividly recall that there was not much enthusiasm for the vintage at the outset. Today, though, opinions are starting to change, at least with regards to some wines.Since 2012, Cristal has been made entirely from organically-farmed grapes, an approach Lécaillon adopted in order to achieve a more ideal and parallel relationship between sugar and phenolic ripeness. “Champagne is always a battle between picking too early and rot,” Lécaillon has often said during our tastings. One of the other benefits of organic farming is that it naturally lowers yields. As Champagne fans know, the great wines of the 1950s and 1960s were made at a time when yields were in the 5,000 kilo per hectare range. Then, in the 1980s, widespread planting of higher-yielding clones led to an entirely different situation in the vineyard. Today’s permitted yields are 11,000 kilos per hectare, with some variation in years that present unusual growing conditions. With organic farming, yields for Cristal are in the 7,000-9,000 kilo per hectare range. Another innovation at Roederer has been a focus on higher-density plantings with newer vineyards, an approach that encourages low production per vine. But back to the wine.The 2014 Cristal is a riveting Champagne. Don’t miss it. 98/100

-- Wine Spectator: This vivid Champagne has upfront and linear definition, thanks to rapierlike acidity, with finely meshed flavors of ripe black cherry and mandarin orange fruit, raw almond, anise and cardamom spice as well as a touch of honeycomb, which all unfurl and expand on the fine, creamy palate. Sleek acidity continues through to the finish, with additional racy character provided by a streak of minerally saline and chalk, which gains momentum through the midpalate and rings out on the well-cut, lasting finish. Pinot Noir and Chardonnay. Drink now through 2040. 98/100

-- Suckling: An enlightened expression from a season of extremes, this has intensity, ripeness and depth of fruit that is underpinned by chalk soil-derived structure and freshness. Complex nose with lemon and grapefruit aromas, as well as closed red apple, blood orange, light biscuit spices and toasted hazelnuts. Super fresh. The palate starts pithy and fleshy with pink grapefruit, blood orange, red apple, sliced strawberry and nectarine. Expansive and mouth-filling build that is driven by concentrated fruit, Then it tightens and turns to a more mineral edge, before smoothly honed phenolics finish it long. It is 60% pinot noir and 40% chardonnay, 32% oak fermentation in those same proportions, no chaptalization, no malolactic and a dosage of 7g per liter. From organically farmed grapes. Very complex, it strikes a natural balance and is very drinkable already, though will develop well for more than a decade in the cellar. 97/100

-- Parker: The 2014 Cristal is a terrific effort that transcends the vintage. Bursting from the glass with expressive aromas of ripe citrus fruit, nectarine, white flowers, freshly baked bread and subtle hints of honeycomb, it's medium to full-bodied, vinous and fleshy, with an exuberant core of fruit that's girdled by racy acids, resulting in a wine that's simultaneously chiseled and demonstrative, meaning that early appeal doesn't come at the expense of the requisite tension for long-term cellaring. Concluding with a long, aromatic and intensely chalky finish, it is a brilliant Champagne that will offer a broad drinking window. This bottle was disgorged in June 2021 with seven grams per liter dosage. 96/100

-- Jeb Dunnuck: It’s always educational, and a treat, to taste the latest vintage of Louis Roederer’s flagship Cristal Champagne. This cuvee is sourced from 45 separate plots covering just under 200 acres spread between the villages of Verzeny, Verzy, Beaumont-sur-Vesle, Aÿ, Avize, Le Mesnil-sur-Oger, and Cramant. The vineyards are farmed either organically or biodynamically and are planted to a 60/40 split of Pinot Noir and Chardonnay. Each parcel is vinified separately and for the 2014, only 39 parcels made the final selection, with the blend being roughly 60% Pinot Noir and 40% Chardonnay. The wine has the malolactic fermentation blocked and is brought up in a mix of 32% oak and 68% tank. This was a warmer year that saw fabulous springtime weather, a slightly cooler, rainy summer, and a great end of the year. The 2014 fits in nicely in recent vintages and has a style all its own, showing a fleshy, round, nicely concentrated style reminiscent of the 2012 yet not quite the precision of either the 2008 or 2013. Gorgeous and classic Cristal stone fruit, chalky minerality, white flowers, almond paste, and subtle toast emerge on the nose and it hits the palate with medium to full-bodied richness, a supple, almost creamy texture, terrific balance, and a great finish. It’s surprisingly approachable yet I’ve no doubt it will evolve nicely given its mid-palate depth and overall balance. It’s beautiful today and a terrific Cristal to enjoy over the coming two decades or so. It’s unquestionably more approachable than either the 2013 or 2008, but not far off qualitatively. 96/100 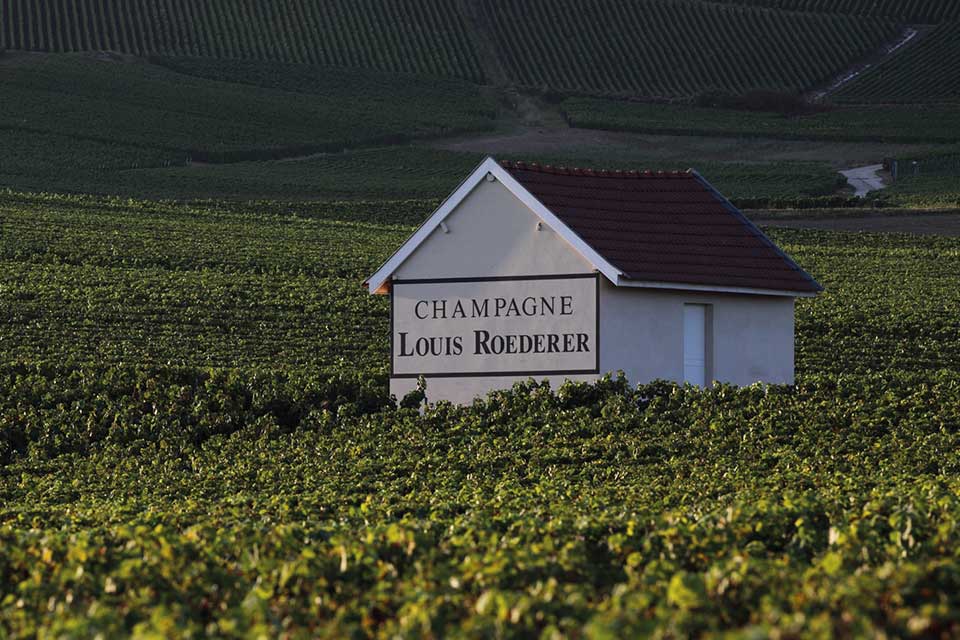