-- Parker: Zillikens’ 2010 Saarburger Rausch Riesling Diabas – like last year’s corresponding cuvee – is the halbtrocken counterpart to their Grosses Gewachs, picked from very similar though in this instance marginally riper fruit, and even though finished (at 16 grams) with twice the residual sugar, still to all (save for Germans’) intents and purposes a dry wine. Persian melon, ripe cherry, and a greenhouse-like amalgam of flowers and leaves are pungently accented with struck-flint smokiness on the nose as well as a luscious, subtly creamy and for this vintage inexplicably caressing palate. Peach and winter squash – familiar from this year’s generic dry bottling – emerge as this takes on air. The brightness, clarity, saliva-inducing salinity and (yes, gasp!) harmony of the Grosses Gewachs holds the edge at least for now. But this Diabas is no diabase boulder; it’s a seductively and (given its vintage) improbably enticing pillow of a Riesling whose finish is guaranteed to beat counting sheep. I can’t wait to follow its evolution in tandem with that of its dry Doppelganger. There is a widespread belief among German growers (on the paradox of which, in light of Germans’ trocken-fixation, I’ve often commented) that an off-dry Riesling will – other things being equal – outlive a legally dry one. But my intuition and experience tend to favor betting on whichever wines I perceive best-balanced and most complexly expressive from the beginning. Certainly though, this year both the Rausch Grosses Gewachs and this Diabas will prove wonderful partners for a wide range of cuisine. Hanno and Dorothee Zilliken’s 2010 collection has served for some controversy in that they not only – like Schaefers in Graach – adopted the minority position that de-acidification should be to wine, not must, but also – in this respect unlike Schaefers – performed acid-adjustments throughout their residually sweet line-up. Not that the extreme nature of what they eventually bottled could possible fail in itself to raise eyebrows. To declare myself up front (not that this isn’t evident from my scores!): I found this year’s collection chez Zilliken utterly awesome and cannot imagine that somehow seeds of early decline or subsequent disappointment are harbored in any of these wines on account of their levels of acid having been trimmed from the perilous heights where nature had left them. The view is dizzying enough (as befits the name “Rausch”) at the altitudes Hanno Zilliken chose for these Rieslings’ flight paths. “It was the tiny, millerandaged berries with their thick skins and the extreme, protracted shriveling by wind and botrytis that characterized this vintage and that concentrated everything in the grapes including ripe acidity. But even such high extract and ripeness,” insists Zilliken, “often wouldn’t have sufficed to achieve balance. Maybe in their youth, but once the baby fat was gone the acids would have come through too aggressively.” He grants, though, that experience with acid levels as high as these was formerly confined to unripe vintages (such as several he suffered through when he took over his family’s estate in the 1980s) or Eiswein. “If you’re talking about a half a gram or one gram of acid adjustment, you’re talking there about 50 or 100 liters of totally de-acidified and filtered wine blended back into a thousand liter fuder, and I just don’t see any danger. For the first two weeks, all we did was seek- and pick-out shriveled material,” narrates Zilliken, who when I ask him about his “main harvest,” replies, laughing: “What harvest? There really wasn’t much left to do after that! But those grapes that did remain healthy and green were incredibly stable. We let them hang and then picked them at the very end for our dry wines which we didn’t de-acidify. There was no Q.b.A., Kabinett, or Spatlese (he means by must weight): Auslese was the least that we harvested. After the 2005s,” Zilliken sums-up, “we thought we could never again see such a vintage of superlatives; yet 2010 in some ways begins where 2005 left off.” Only in Pradikat-labeling did this differ from previous top Zilliken collections. Waiting for Eiswein was judged a fool’s errand since Eiswein-like concentration and acidity pervaded the lot, which in turn, Zilliken thought, kept any from having genuine B.A. or T.B.A. character. An “I-don’t-know-how-they-did-it, but” feeling accompanied me as I toured what this estate had wrought in 2010. 92/100 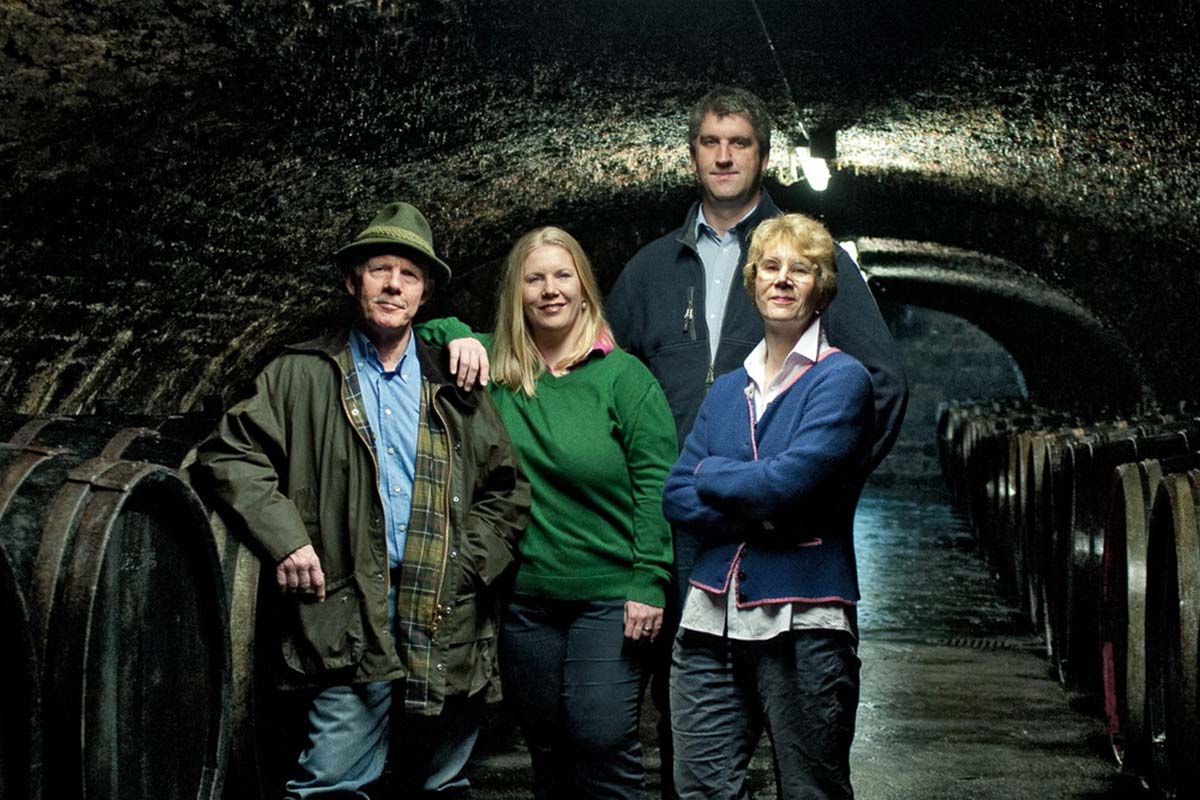